Jan Miller believes in the power of flowers. “Receiving a fresh flower bouquet is one of the most delightful things that can happen,” she said. “When it is unexpected, it is just one of the best things that will ever happen to you.”

Jan’s brother Steve originally started the business in Marysville in 1983, but expanded to Manhattan in 1987 when the mall was being built.

Celebrating its 30th anniversary in Manhattan in 2017, Steve’s has been in the same location on Poyntz Avenue in Manhattan, Kansas since 1987. Jan bought the business from her brother, Steve, in 1990 and has been an active community member since. She is a Manhattan Leadership graduate and is currently serving a multi-term appointment on the Chamber of Commerce Board of Directors.

“I bet you there isn’t anything we haven’t contributed to in the community,” she said. “As a small business you’re asked constantly to participate in supporting so many things.”

In honor of her service and dedication to the Manhattan community, Miller was named the 2015 Lud Fiser Citizen of the Year. Miller regards that award as one of the highlights of her time at Steve’s Floral.

“I was surprised,” she said. “I was humbled. I was honored. Its former recipients are an illustrious list of accomplished people. What an honor to be included on that list.”

Jan attributes much of Steve Floral’s success to the day she hired her lead designer, Hildegard over 22 years ago. Steve’s may have been started by a man, but today it is primarily run by women. This is a rare instance in the modern floral world, and a point of pride for the women at Steve’s.

“I have had the privilege to work with some of the most incredible men and women,” she said. “They have brought a tremendous work ethic, intelligence, talent, and joy over the years.”

Jan loves Steve’s Floral and hopes you will too. “The most rewarding thing about owning a flower shop is the ability to have a positive impact on so many people with the service our business provides,” she said. “I feel like I live in the most beautiful place in the world. I work with some incredible people. My daily commute through the Flint Hills is breathtaking. “What a Wonderful World” by Louis Armstrong depicts my opinion of life here in Kansas.” Hildegard sees herself as “a stickler for perfection. I’ve heard it said that many people get to receive flowers once in their lifetimes,” she said. “We want to be sure that they really enjoy it! When you work with customers repeatedly, through full circle of life, doing baptisms, weddings, funerals, you realize how important it is that you do the very best you can each time.”

With over 47 years of experience in interior and floral design, Hildegard is well-versed in both European and American styles. She brings an incredible breadth of knowledge, experience, and elegance of design to Steve’s Floral’s team.

Hildegard Bembry, AIFD, is invigorated by nature. “I almost didn’t do it,” she says of Flower& Magazine’s Annual Flower Design Contest in 2007, “but my husband encouraged me. When I saw the pussy willow branch in the yard, so pretty and simple, it inspired me!” Bembry’s arrangement ended up winning first place out of ten curated finalists and was featured in the magazine’s November 2007 edition.

The natural materials she works with are often the catalyst for Hildegard’s creativity. She has been working with flowers nearly her entire life. Her parents owned a flower shop and greenhouses in Soegel, a town in northern Germany, where she grew up. Starting design school at age 15 and graduating with top honors at age 18, she was practically running her parents’ shop by her 19th birthday. Growing up in the business, she knew it inside and out. Being one of seven children, she had to be quick on her feet and work hard.

Getting married and following her new husband to Naples, Florida at the age of 20, Hildegard quickly found a new job in the floral industry. She started working at Gene’s Fifth Avenue Florist. “The owners there were very kind to me,” she said. “They were like my second parents.” Though American design techniques were very different from German, Hildegard caught on quickly. Notably, in the mid-1970s when Hildegard first came to the States, American florists had more limited access to flower varieties than was available in her parents’ shop. “At first it seemed like only carnations and daisies,” Hildegard said.

Eventually, Hildegard’s husband joined the military and the couple moved back to Germany where they settled in Darmstadt for 12 years. Hildegard continued working in retail floristry in Germany, managing the shop and training new designers. Training has always been one of her favorite parts of her job.

Hildegard has been at Steve’s Floral in Manhattan, Kansas now for over 22 years. After returning to the States, she began to attend the American Institute of Floral Deisgners’ Annual Symposium. In 2006, she was accredited by the AIFD, which is an honor that few florists achieve. Becoming AIFD accredited includes an extensive review wherein the candidate must demonstrate their advanced abilities before an international panel of floral experts. “At AIFD you learn to think outside the box,” Hildegard said. “It doesn’t matter how long you’ve been designing, you can always learn something new.”

Hildegard takes that sentiment to heart, constantly improving her skills and building on the impeccable quality for which Steve’s Floral is revered. She regularly attends shows and symposiums all over the United States and has maintained professional credentialing in Europe as well as the United States. She has received regional and international awards for her designs. Lisa has a Bachelor’s degree of Fine Arts from Kansas State University.  She has been a floral designer for Manhattan for 22 years.  Her extensive knowledge and creative talents in management and the design field are an essential part of the team at Steve’s.

No matter what her customer’s exclusive needs may be, understanding their desires, and then exceeding their expectations is the type of singular designing that Lisa achieves every day.

Q. What is your favorite part about being a floral designer?
I love designing just about everything, but I do get a kick out of prom orders. They are like piecing together an ensemble for a Barbie Doll.
Q. What is your favorite flower?
Dahlias have such intricate and cool petals and come in a range of colors. Anthuriums are also killer.
Q. Tell us about the last time someone surprised you with flowers.
My husband brought a bouquet home for me for no reason. It’s nice to be loved and thought of; plus, I had fun arranging them!
Q. It’s Valentine’s Day, flowers or chocolates?
Flowers!
Q. What is your favorite holiday and why?
I love Memorial Day. I love that I can make arrangements for people to take to the graves of their loved ones and purposefully stop and think of them. I believe it is so important that we do this and be mindful of our own mortality. (And, it’s good to have a good cry once in awhile.)
Show more
Show less
^ Shawn started working at Steve’s over 20 years ago as a part time job while she attended grad school.

Shawn continues to work at Steve’s a couple of days a week, though she has since moved away from Manhattan to Nortonville, KS. She is also active in the Altar Society and serves on the Board of Directors for God’s Storehouse.

Q. What is your favorite part about being a floral designer?
My favorite part about being a designer is the opportunity to be creative. My favorite flower to work with is the Stargazer Lily because of its beauty and fragrance.
Q. How Did You Come To Work At Steve’s?
I had a friend tell me that when I move to Manhattan I should see if Steve’s was hiring. She said they were the best in town. I trusted her opinion.
Q. Why Do You Think Flowers Make A Great Gift?
Flowers make a great gift because they’re still a novelty. Have you ever received flowers and they immediately changed your whole demeanor?
Q. When Was The Last Time You Were Surprised With Flowers?
I received flowers on my 50th birthday. I felt appreciated and loved.
Q. What Is Your Favorite Part About Working At Steve’s?
My favorite part is being with a great group of people and working for Jan.
Show more
Show less
^ Celebrating its 30th anniversary in 2017, Steve’s has been in the same location on Poyntz Avenue in Manhattan, Kansas since 1987. Jan bought the business from her brother, Steve, in 1990 and has been an active community member since. Read more about Jan HERE. Hildegard Bembry has worked with Jan at Steve’s Floral for over twenty years. Responsible for the high-end quality of Steve’s arrangements, she is the only AIFD certified floral designer in the Manhattan area. Becoming certified is a rigorous process and because of this, it is incredibly rare. Read more about Hildegard HERE. 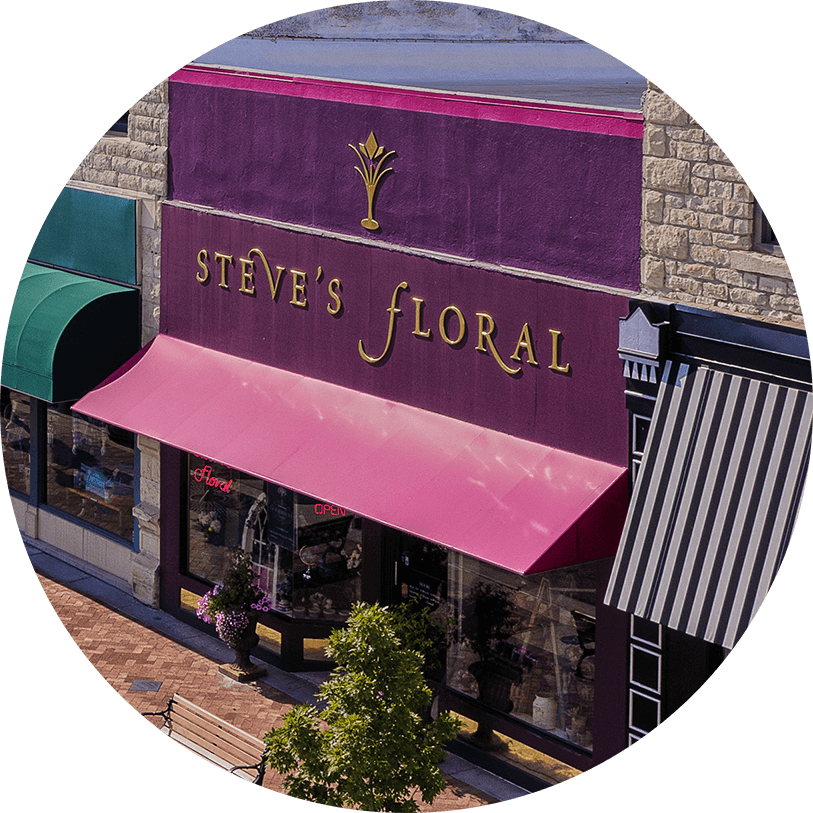 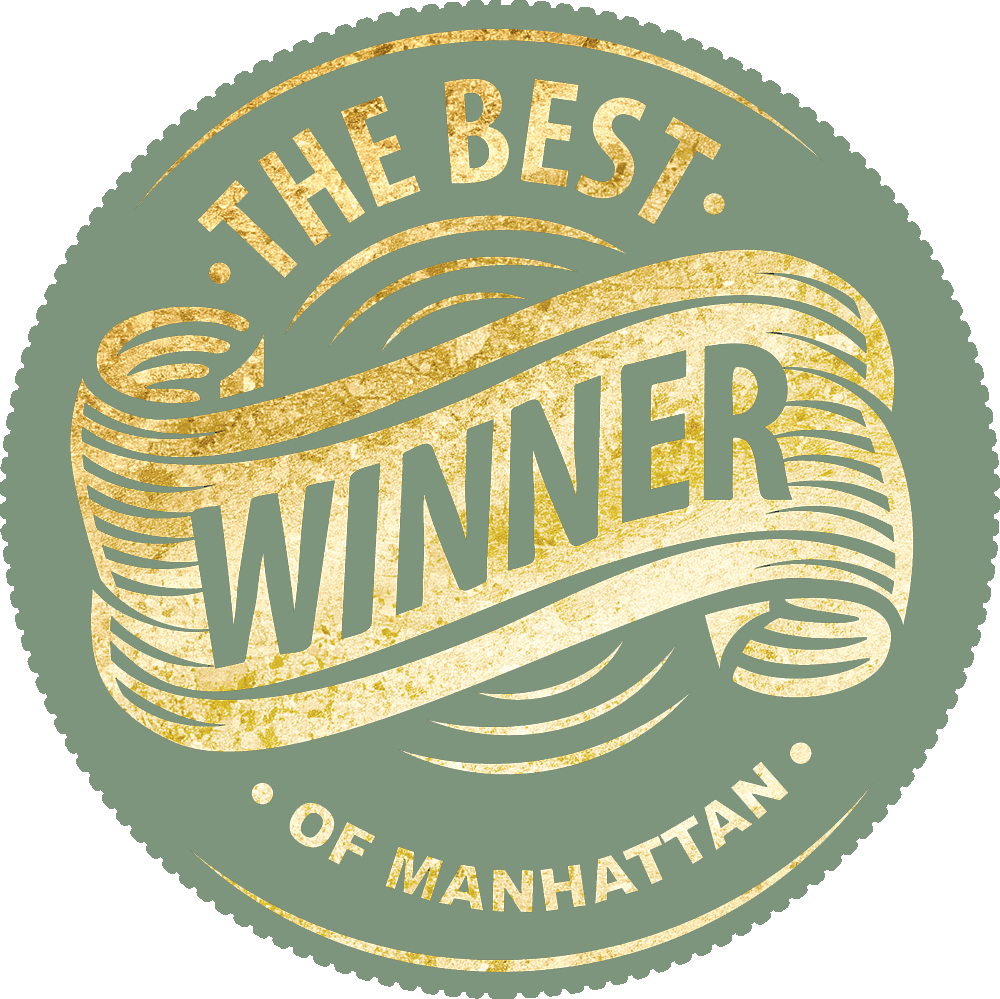